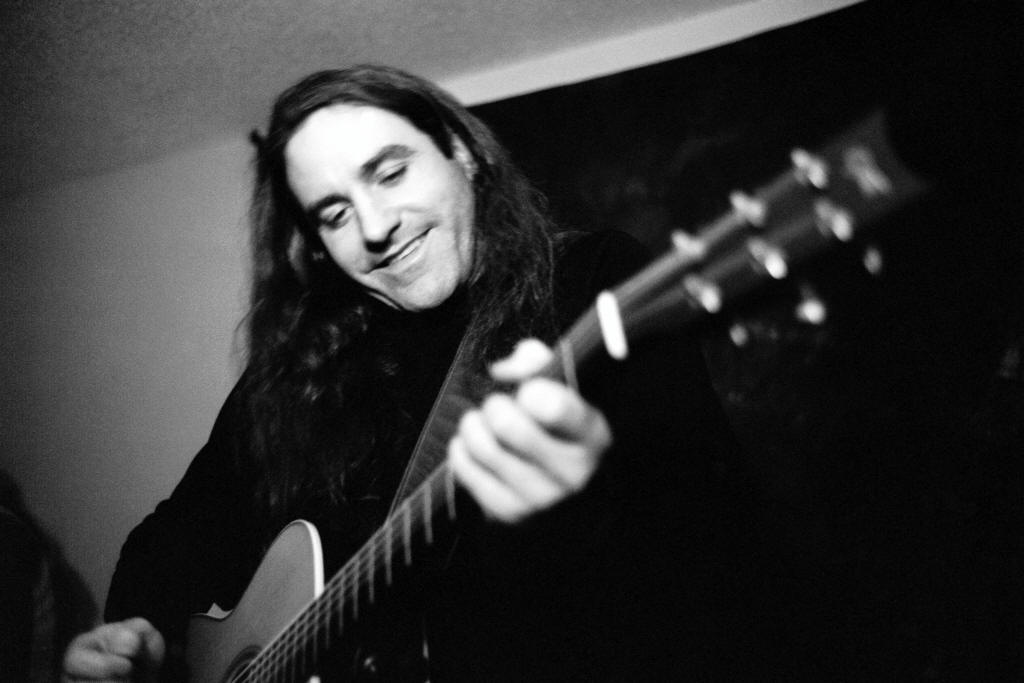 Mark Stuart spends every year as a full-time working artist and musician. Mostly performing his own unique shows, doing singer-songwriter concerts, he can be witnessed excelling as a band guitarist at hometown Nashville, Tennessee gigs or sessions, too.
Stuart has toured extensively in the USA, Canada, United Kingdom and Europe. Notable artists such as Freddy Fender, Steve Earle, Joan Baez, and Steve Forbert have employed him for his musicianship. In a duo act with his artist wife, Stacey Earle, he spent thousands of days on tour through the years. That duo would release many albums on their own independent label, Gearle Records.
Whether it be Cambridge Folk Festival, The Tonight Show with Jay Leno, MTV, Hardly Strictly Bluegrass Festival, Stan Rogers Folk Festival, Telluride Bluegrass Festival, Kerrville Folk Festival, Merlefest, or countless small festivals and theaters, Stuart’s storytelling, guitar playing, vocals, or songs have caught the attention of music lovers.
When asked to define Mark Stuart’s music it is virtually impossible, as his versatility screams out loud. Rock, blues, folk, country, and more are evident in his performance. Electric, acoustic, slide guitar-all make up his musical toolbox. Travis-style, Chicago blues, honky tonk country, finger-style folk-all are there when you hear him. His songs are oftentimes autobiographic pieces, but, can be constructed from the viewpoint of a lifelong troubadour who is paying attention to the world he sees around him. He could, at any given time, toss a Paul McCartney or John Fogerty or Woodie Guthrie song into his set.
Advance tickets are $15 for adults , $7 for students, and free for children 12 and under (with an adult). Tickets cost $18 at the door for adults, $9 for students. Advance tickets can be purchased in downtown Cadillac at the After 26 Depot, Horizon Books, online at My North Tickets, or by calling 1-800-836-0717