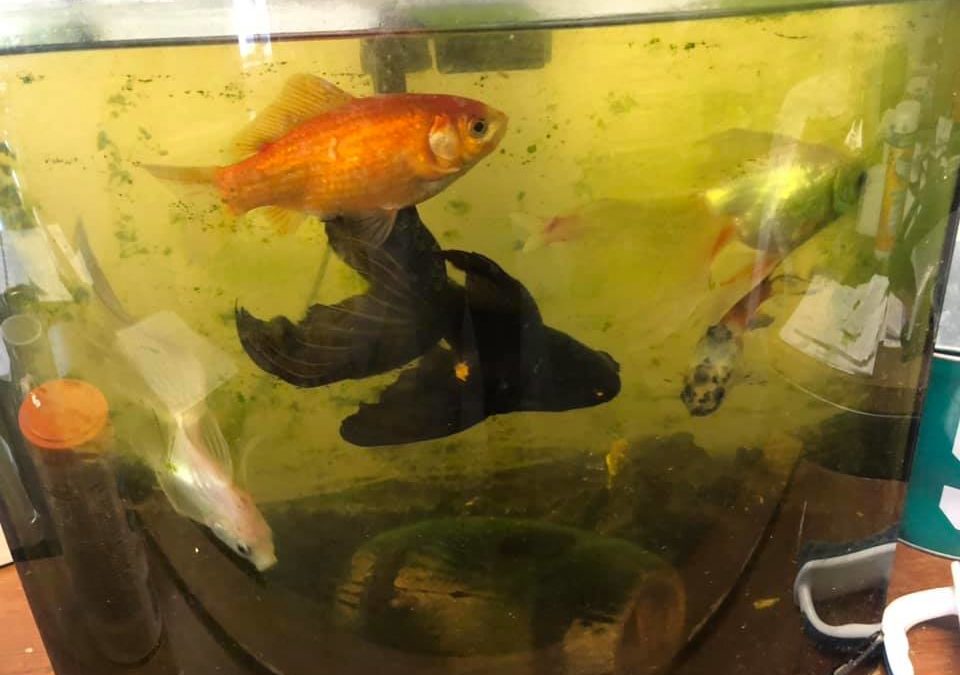 So now it’s Saturday and I’m off work. it’s still pretty calm on the medical front here in Cadillac. Our office is still not very busy. People are kind of holding their breath.
By now you’ve heard there was a confirmed case in Cadillac. This isn’t surprising and you shouldn’t be shocked one bit. There are now a total of 549 cases in the state it’s only a matter of time before we get more.
I can also tell you that our local case was handled as well as it could have been. Early identification of the risk and quarantine for the pt and I’ve heard he is doing ok.
There have been a couple dozen negative tests back as well. But there are still some folks in the hospital being monitored and tests are still pending on them.
The relatively small numbers so far is good news. But I’d argue the reason we are not seeing it yet 1). We are a small town and we shut down pretty early. 2). Tests aren’t all back yet, some will be positive. 3). People are mostly doing what they’re supposed to do.
But people are going to be returning home. Snowbirds. College spring breakers. Business travelers.
So keep it up. It’s not even close to over.

Today I’m going to update you on a couple things. And it’s mostly going to be positive.
If you know me I don’t sugar coat things but you NEED to keep your head up and stay engaged, stay positive. So I’m going to be a little bit Dr Sunshine today.

1). That hydroxychloroquine (plaquenil) you’ve been reading about? The one Trump is Trumpeting? Well, they basically fast tracked it to be used in confirmed cases. Of course that means there’s now a shortage of it but presumably they are ramping up production. It still has very little data to support its use. But I guess they saw enough to warrant it.
This is a drug that suppresses immune response. That’s why it’s used for things like lupus and rheumatoid arthritis. The theory is that over-activation of the pts immune system is what leads some people to crash once infected. Thus the thinking is to suppress that, even though it’s counter-intuitive.
This will only likely be used in the hospitals under close monitoring though. I would remain cautiously optimistic.
2). Studies are being done very quickly on health care providers to determine if the malaria drug chloroquine can prevent infection. Small quick and dirty study. Probably get some preliminary results in a few weeks. If it works they’ll fast track that too.
The thing about these two meds is that they are already here, already familiar to most doctors. Just gotta find out more if they actually work and the best dose/duration to use them. In the meantime the thinking is ‘why not’.
2). An IV antiviral drug is in the same boat. Favipiravir, it’s called. Very encouraging early results. Again for the sickest of the sick. But the studies were good enough they are moving that stuff up too. It’ll give them something to use in the ICUs

Btw I think one really big positive from all of this is going to be an enhanced ability to treat all manner of viral infections once this is done. Because there are a LOT of resources being poured into the research. Are you kidding? With the stock market where it is? If you’re a virologist right now…..let’s just say you don’t have a mask shortage.

3). A vaccine just got started on initial trials just this week. Volunteers were injected.
That’s going to be the golden ticket, folks. The vaccine. But it’s going to take awhile for that to get up to speed. Meanwhile if we can get enough test kits (and if you believe the federal government there should be so many of these ‘shortly!!!’ that you’ll be able buy them at a gas station like a pregnancy test), we can stomp on outbreaks like a giant whack-a-mole situation.
Meanwhile, we have to, as a country and a community, withstand the surge. How long that takes I don’t know. But we WILL get back to work, school, travel, life. Just not right now.
Soooo this brings me to my one preachy moment for the day.
If you did NOT get a flu shot, or think Jenny McCarthy is the bomb, or just never cared enough to do it, ask yourself if you’ll go ahead and get a Covid vaccine when they become available. And if so, again ask yourself why that and not a flu shot.
The reason we don’t have 1917-18 EVERY year is the flu shot. That year it killed 50 million people worldwide. Then the flu shot was born and it didn’t. As it is, flu kills 40-80000 people per year. The damn virus mutates so quickly they are constantly chasing it with a new vaccine. So by no means is it perfect. But it sure beats the alternative.
We don’t know what’s going to happen with this new vaccine. Is it going to be yearly? Probably not. But we DO know a lot about influenza and you CAN do something about that. They are still available. You can get one from pharmacies and pretty much every doctors office.

Btw this is a picture of my at-work fish tank. It’s actually my algae tank that just happens to have fish in it. The letter is from my partner Dr Peltier’s daughter, Sarah, who feels they live in a slum. I’d argue they seem very happy and have become the size of small carp. 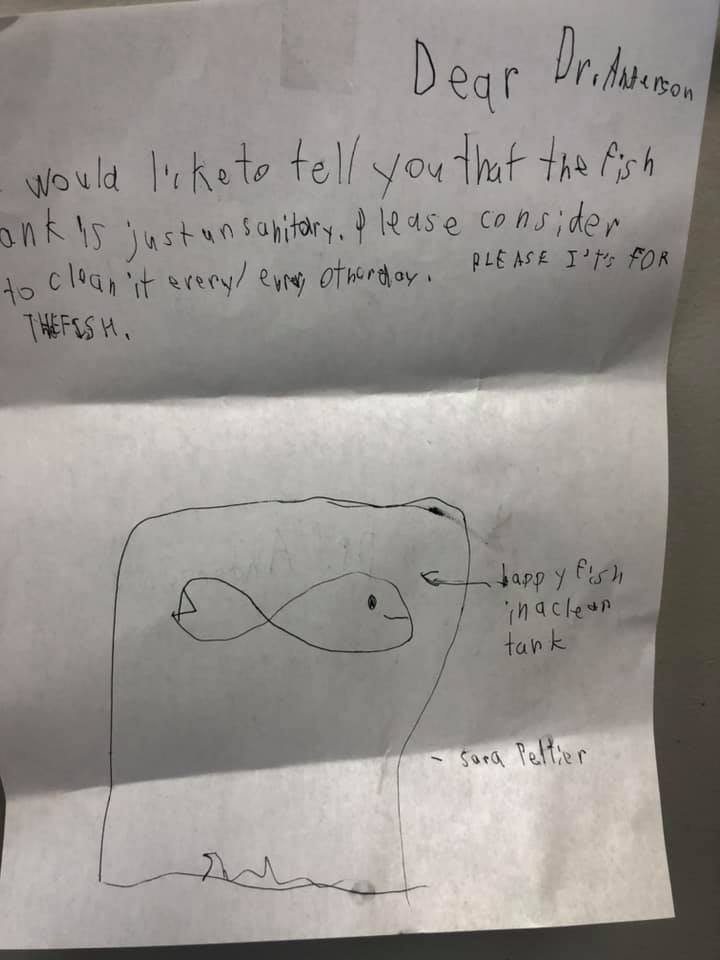