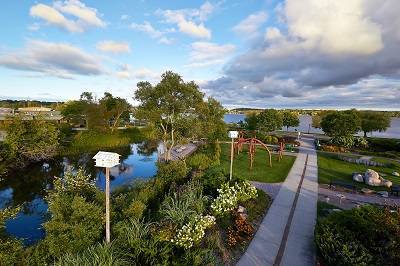 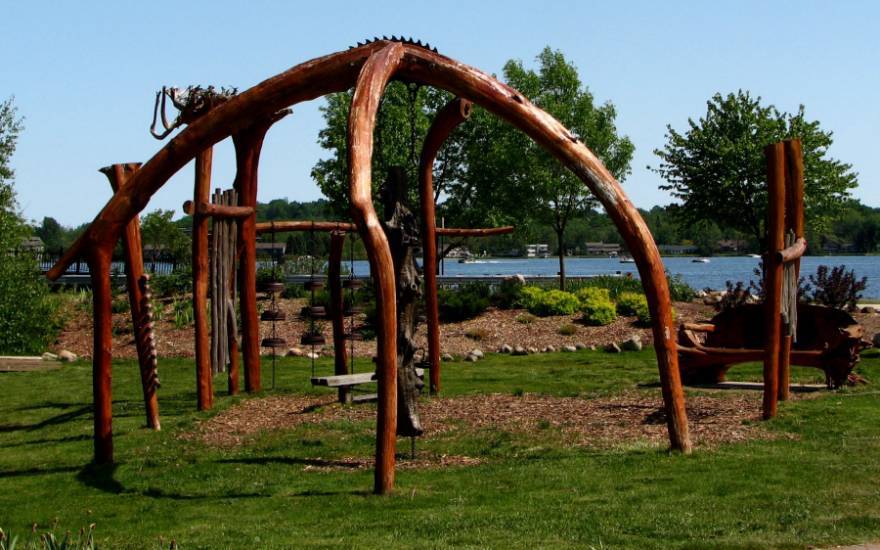 Description:
Take a break and head to the northern part of the City of Cadillac by foot trail - the Clam River Greenway, a community clean-up project turned into a fantastic community asset for residents and visitors.  The pathway will walk you along the banks of the Clam River on traditional paths, boardwalks and bridges, taking you past resident housing, Lincoln Elementary School, onto the CASA Soccer & Baseball Fields.

The STORY:  Citizens in the City of Cadillac transformed the inaccessible and long neglected Clam River into a beautiful, walkable “green” and “blue” space. The Greenway features a two-mile, ten-foot wide paved trail, boardwalks, and natural areas that runs through the heart of the city. The trail connects a major outdoor sporting complex at the north end with the Keith McKellop Walkway around Lake Cadillac, which in turn connects with the White Pine (State Park) Trail heading south to Big Rapids and Grand Rapids.

Many people did not even know that a river flows through the City of Cadillac. In many areas, dense development abutted the river and it was reduced to a drainage ditch where debris accumulated. In the 1990s, a local citizen and Rotarian, Ed Stehouwer, recognized the Clam River for the asset that it could be and began to organize other community leaders around his vision. As Stehouwer explains, “When you have a good idea, good people are attracted to it.”

Funding came from grants and community donations. “Selling” bricks with one name or business printed on them became one of the long-term fund-raising methods for most of the years of the project. Once those first segments were completed, further support galvanized as people saw and appreciated the potential. With the first segments completed in 2001, it then became a process of “connecting the dots” to produce a continuous line of trail through the city. Although there were issues of right-of-way (needing to obtain leases from adjacent property owners), bridging over protected wetlands, and similar, Stehouwer, a local who grew up in Cadillac and had made his home in the community, remained the principle champion to its completion in 2009.

The trail is now about two miles long with a total cost of $800,000. The trail is maintained by the City of Cadillac. Where the Clam River Greenway crosses dense commercial development along Business US-131 the route follows existing city sidewalks – labeled with signs and painted blue footprints as a “portage.” A long-term goal is to accommodate the Greenway when that commercial area redevelops.