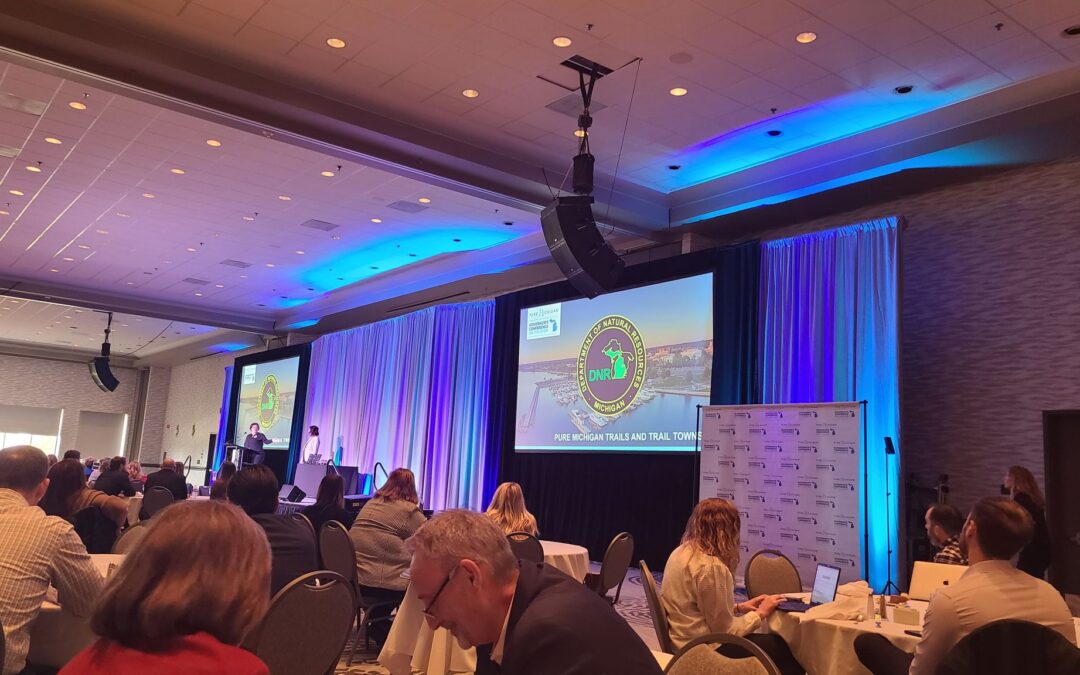 The Cadillac Area Visitors Bureau (CAVB) today announced their recognition as one of the state’s newly designated “Pure Michigan Trail Towns.” This milestone comes after several years of collaboration and trail development between a variety of stakeholders and advocates.

The award was given at a luncheon on Wednesday, April 20th at the Grand Traverse Resort in Traverse City, MI. The City of Big Rapids and the City of Elk Rapids were also given the designation for 2022 at the Pure Michigan Governor’s Conference on Tourism.

“This is the biggest tourism conference in the state,” said David Lorenz, the vice president of Travel Michigan. “It’s important, especially now, after we’ve been through this last couple of years, that we continue to collaborate, that we continue to be on the same page moving forward to help us rebound.”

The award was received by Morin and Cadillac City Manager, Marcus Peccia. “I want to thank all those involved over these last several years working to make this happen, as there isn’t one singular organization that has made us a “trail town,” said Morin. “We have so much more to gain by collaborating, and this designation wouldn’t have been possible without that.”

This recognition aligns with the CAVB’s efforts to responsibly promote and develop a variety of trails in the area while staying dedicated to the sustainability of all local public lands and waterways. Morin added, “when developing and promoting our trail systems we also understand our responsibility to share messaging and outdoor ethics principles from our partners in order to educate trail users.”

This designation was also recognized by Governor Gretchen Whitmer in a special ceremony in Cadillac before the 45th annual Governor’s Breakfast on Friday, April 22nd. 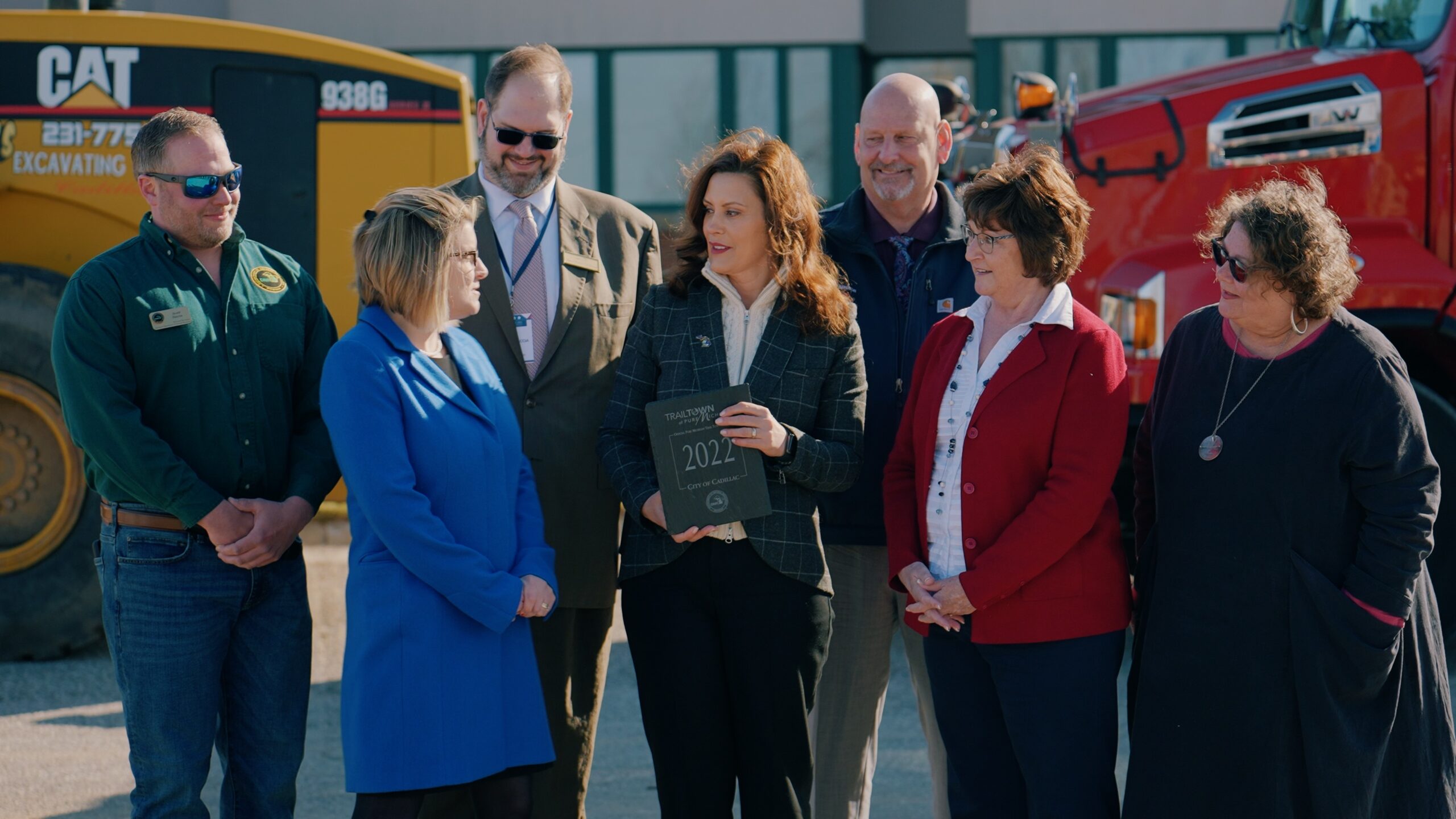