by Nate Houk | Golfing, Tips from the Tee | 0 comments 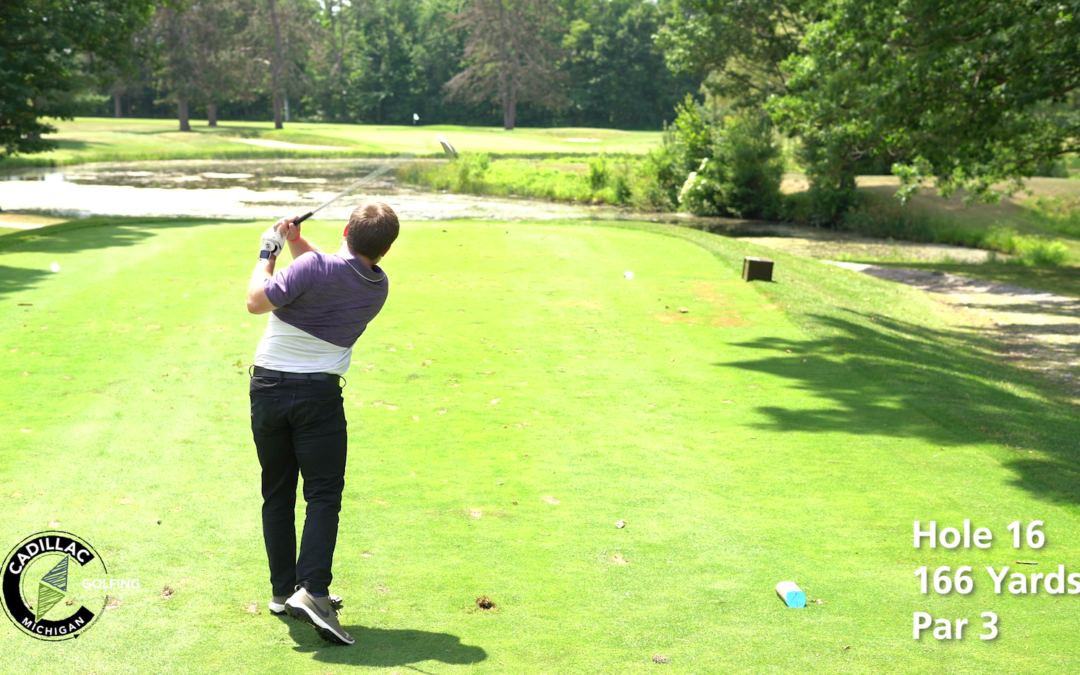 Cadillac Country Club brings you this week’s “Tips From the Tee.” The CCC was designed in 1910, making it almost 110 years old. The 18 hole course measures 6,107 yards from the tips and comes down to 5,159 yards from the front tees. Four par 3’s, two par 5’s and 12 par 4’s equate to a par 70 course. The CCC is a semi-private club that allows unlimited play from guests outside of the Cadillac Area and limited play for local residents during the summer.

Paul Blick and Jerry Matthews designed the original 9 holes. In 1914 the first 9 holes were constructed. In the late 1940s, early 1950s the course was reconfigured to what is now the 18-hole course. There has been some rich history over the years at the Cadillac Country Club. Third most winning players ever, with 11 major tournament wins, Walter Hagen played at the club for around a year. Byron Nelson, 62 PGA Tour wins (6th most of all time) has also played at the Cadillac Country Club.

Signature hole 16 at the club is 150 yards from the normal Men’s tee, and 165 from the back tees. It is the only hole at the club with a forced carry over water. It is a par 3 that has a different approach to the green than a lot of other holes on the course. There are bunkers on the left, back right and right of the green. The green itself slopes upwards from front to back, and slopes left to right pretty heavily. 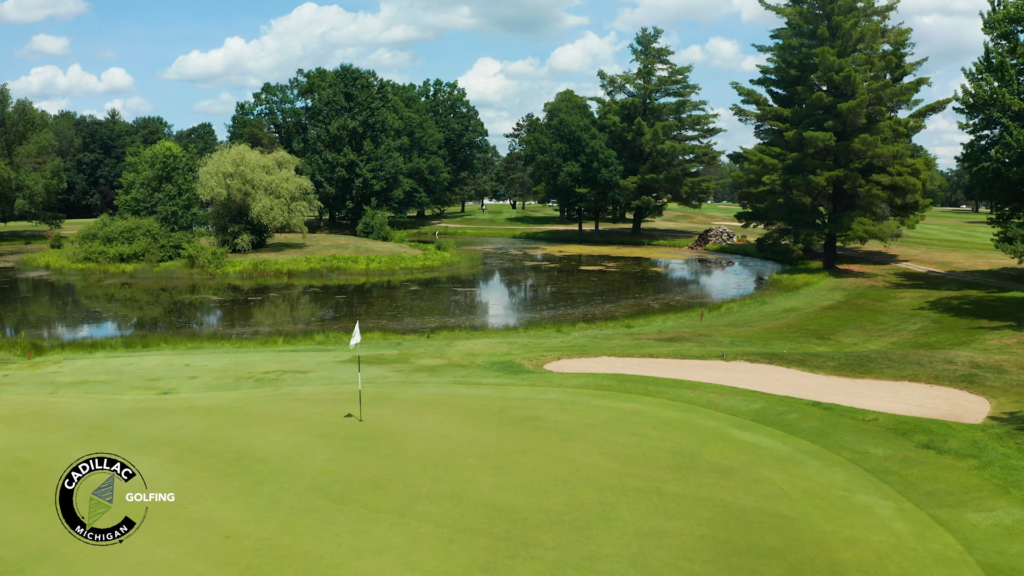 Jim Boyle, PGA Professional at the Cadillac Country Club gave Dawson and Nate some advice for this hole. He suggested that in order to play this hole correctly the first key is to have enough club in hand. This means that you ensure your club will not only clear the water but also has enough distance to make it on the green. The next piece is to check where the pin is and attempt to hit underneath the pin in order to have an uphill putt. 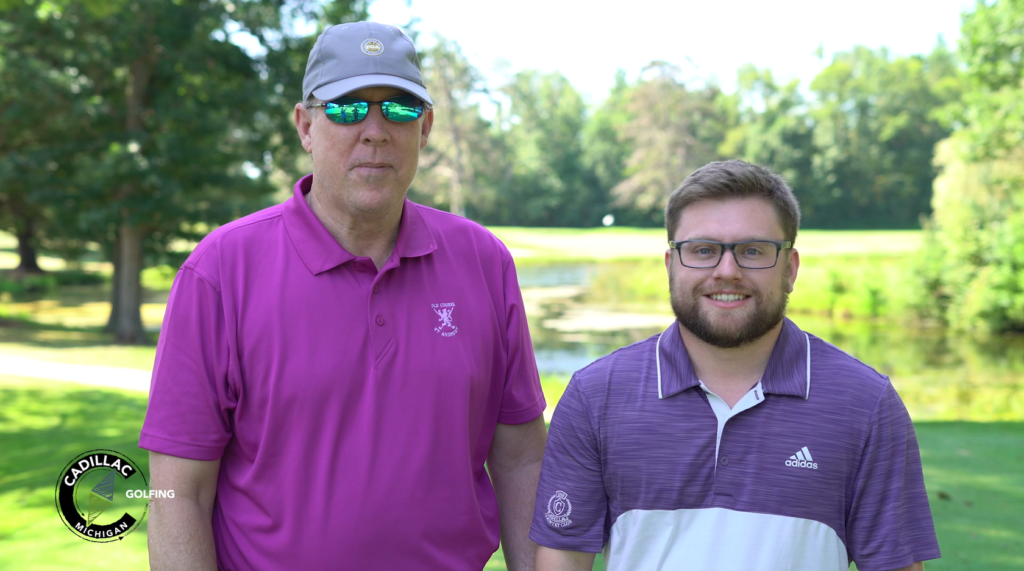 Taking that advice into consideration the boys teed off. Nate used his 8-iron to ensure that he would clear the water. He hit it a tad thin and a bit right, but it bounced just onto the right side of the fringe uphill of the cup. Dawson must have listened a bit better than Nate as his tee shot landed just below the cup and a bit right – an ideal location according to Jim.

Nate had a tough downhill sloping putt from quite a way out. Going into the putt his mindset was to put the ball close enough to tap in for a par. He, fortunately, did just that, with a near-perfect putt. The ball missed the hole by about an inch and rolled about a foot past. He quickly tapped in for a par to allow Dawson to putt.

Dawson was on the green with about a 20 some foot putt. He read the green and was in luck. He aimed to the right of the pin to account for the downhill sloping green. The ball was struck well to overcome the uphill of the green, and it was his lucky day. He drained it for birdie! 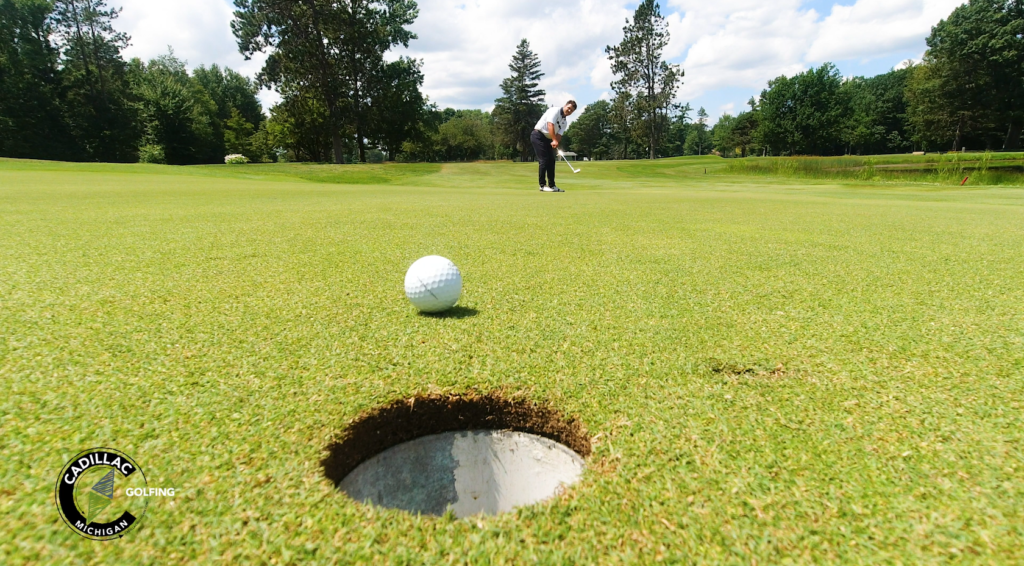 What’s Going on at the Club?

The Country Club offers member events such as a member-member tournament, member-guest, a club championship, men and ladies leagues. Memberships will allow juniors to be coached by Jim every week in the summer. New members joining the club receive a discounted rate. There are various membership options such as family, single, student, social, and many other options. Come out and enjoy the historically rich Cadillac Country Club!