A New Chapter in Cadillac’s KISStory 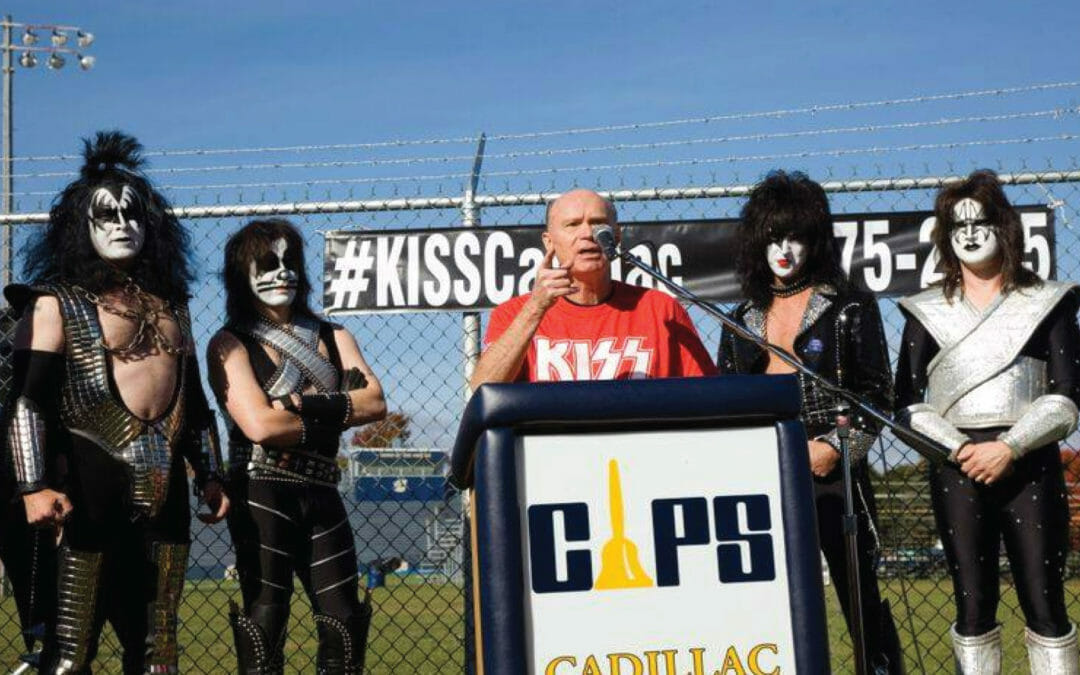 The following is an article by the Cadillac News recalling the 40th anniversary celebration.

After this weekend, one thing is for certain — KISS and Cadillac rock! Whether it was the hordes of painted faces, the media attention, or the special recorded message from two of the iconic band’s original members, Paul Stanley and Gene Simmons, the connection between the small Northern Michigan town and KISS is as strong as ever. On Friday, Stanley and Simmons released a video message for the city of Cadillac, unable to be in Northern Michigan due to the band’s current tour in Australia.

During both the junior high and high school pep assemblies, KISS tribute band Mr. Speed made appearances to pump up the student body before its football game against Traverse City West. Following the pep assemblies, a press conference was held during which a number of civic leaders spoke, including former Cadillac football coaches Dave Brines and Jim Neff as well as former high school principal John Laurent, several members of the 1975 team, Mayor Carla Filkins and members of Mr. Speed, a KISS tribute band that will perform Saturday afternoon. As a surprise, the key to the city that was first presented to KISS in 1975 will be displayed at the school, on loan by its owner, signed by all four original members of the band, for the event. 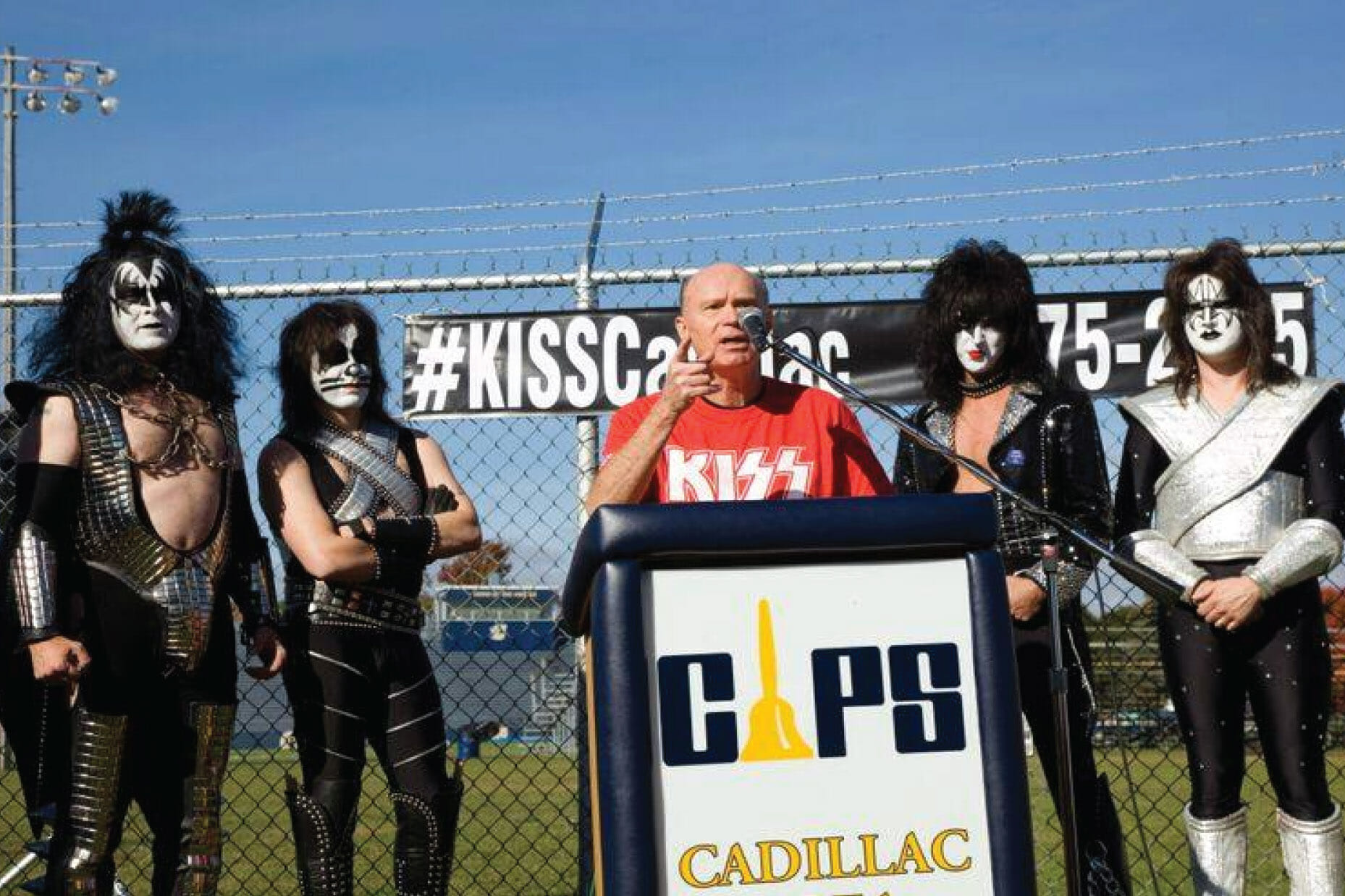 Later in the afternoon, members of Cadillac High School’s Class of 1976 gathered to reminisce about the historic visit. Jackie Olney remembers being a high school senior, dancing in the center of the gym while the band performed songs like “Deuce” and “Rock and Roll All Nite.” “I remember seeing a bunch of people wearing KISS makeup and dancing,” Olney said. “It was pretty wild.”

Frank Lang, a native of Glasgow, Scotland, visited Cadillac Friday to tour locations the band visited and meet members of the Class of 1976. He was a teen when Cadillac was KISSed, read about it and saw pictures, and had to come. It was Lang’s first visit. “I was only a teenager imagining KISS coming to my high school and all the people dressed in KISS makeup,” Lang said. “Seeing this big band from New York playing the gymnasium with Gene blowing fire would have been surreal.” Lang, 54, a resident of Saginaw, said he was only a teenager when he first read about KISS’ visit to Cadillac High School in 1975. “I used to always think for myself, ‘I’ve got to go up and do a tour of where the city hall was and the high school,’” Lang said. “I can go in the high school gymnasium and get a sense of what it was like at the time.” 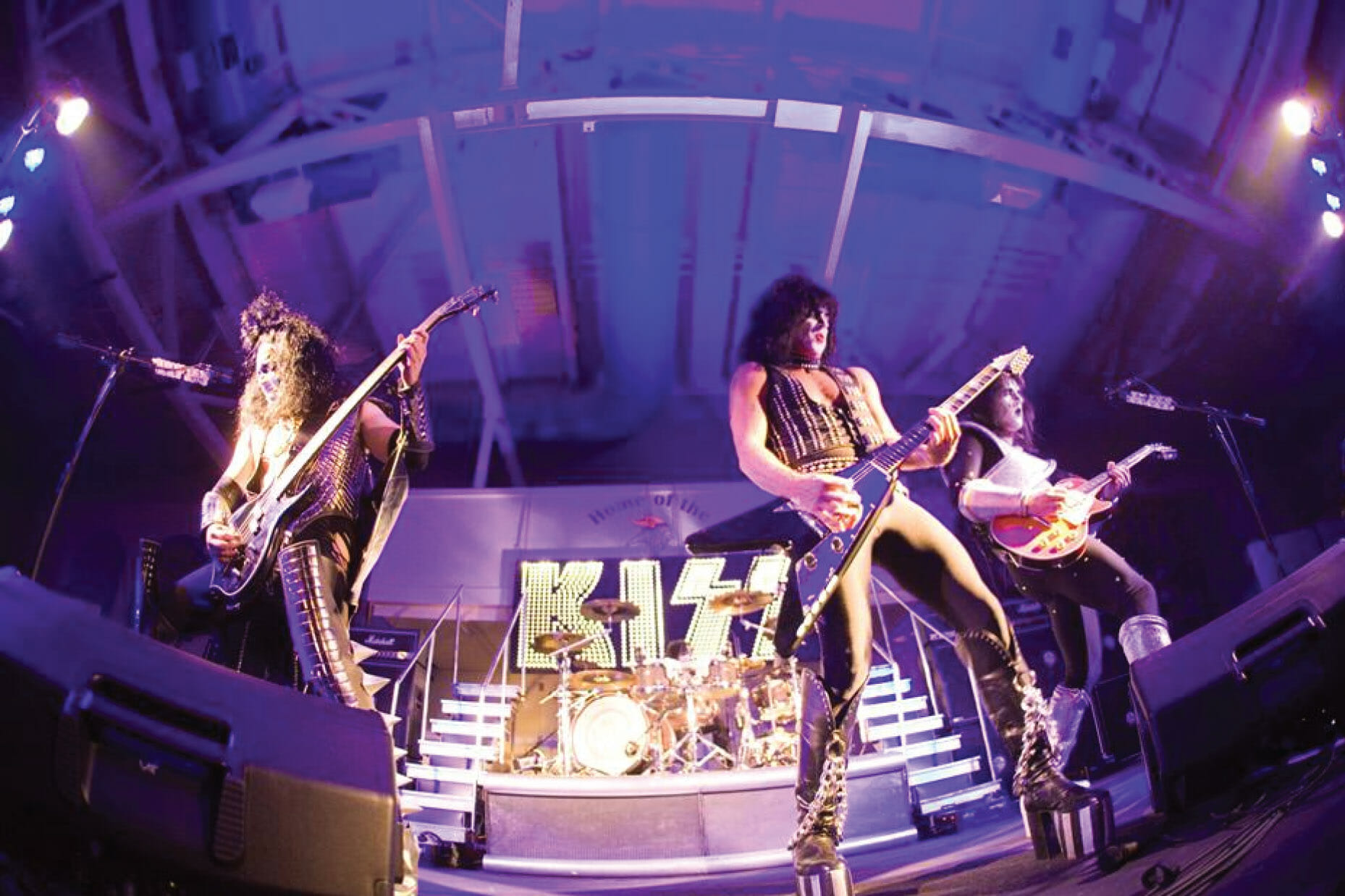 Inside a scrapbook, Lang keeps faded newspaper clippings of the Cadillacan and Cadillac News documenting the band’s historic visit. For Lang, walking down Mitchell Street where the band once rode atop a float during the homecoming parade was a surreal experience. During the afternoon, Lang spoke to members of the Class of 1976 to hear personal stories of the band meeting classmates and performing at the gymnasium. “I want to meet the people who rode on the float and all the places in the photographs,” Lang said. “I spoke to a lady whose father I recognized from a picture I kept of KISS’ Cadillac visit. I told her, ‘I have known that image of your father since I was a teenager.’”

Over the years, Lang said he has met band members Gene Simmons, Ace Frehley and Paul Stanley. He added that celebrating the 40th anniversary of KISS’ visit this weekend will be a “walk through time.” “It’s amazing to connect the old photographs with the places and people I have seen and met,” Lang said. 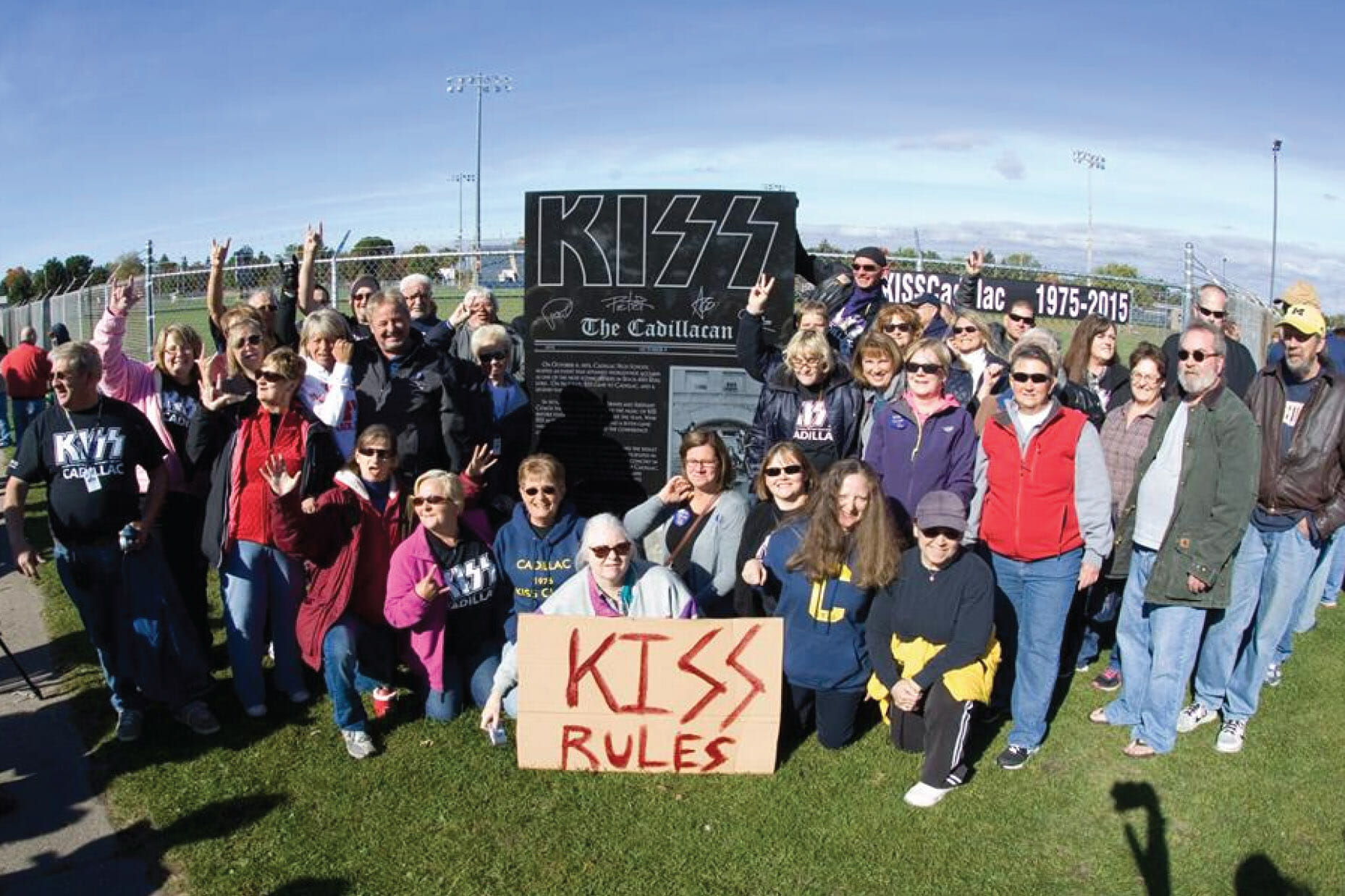