Hooking Into The Fall Steelhead Run 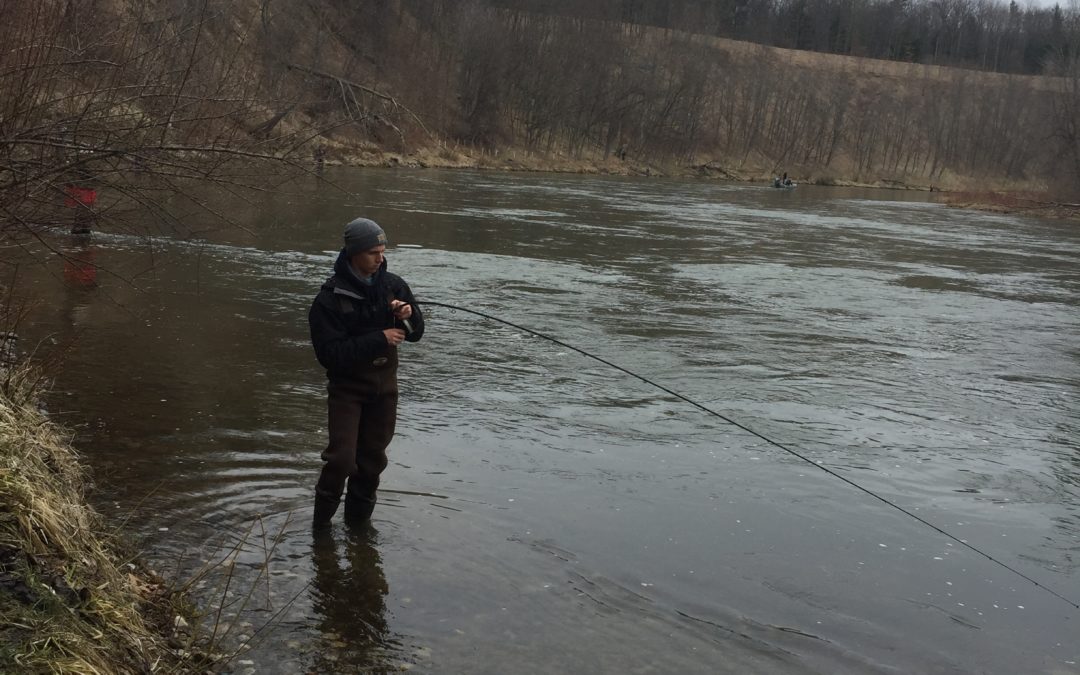 (Parker McNitt fighting a steelhead on a center pin rod)

The Manistee River, located west of Cadillac, is the mecca of steelhead fishing. Steelhead, a migratory rainbow trout, are one of the most sought-after fish in the world. Every year, thousands of these fish follow the salmon run into the river, gorging themselves on the abundant spawn. The Michigan DNR also runs a stocking program, keeping the levels of returning fish high. The steelhead are notorious for being selective in what they will strike, so here are the most effective ways to entice a strike.

Since steelhead naturally feed on salmon spawn in the fall, the use of a spawn sack can be incredibly productive. This bait can be fished by bouncing bottom- the use of weights to bring the bait down in the water column so it skips across the riverbed. Another common method is to fish spawn bags under a bobber or float. This method keeps the bait suspended in the water column, eliminating most of the risk of snagging logs and other debris. Pilgrim’s Village in Cadillac offers a variety of colored spawns, and the employees are always happy to help selecting the hot color. 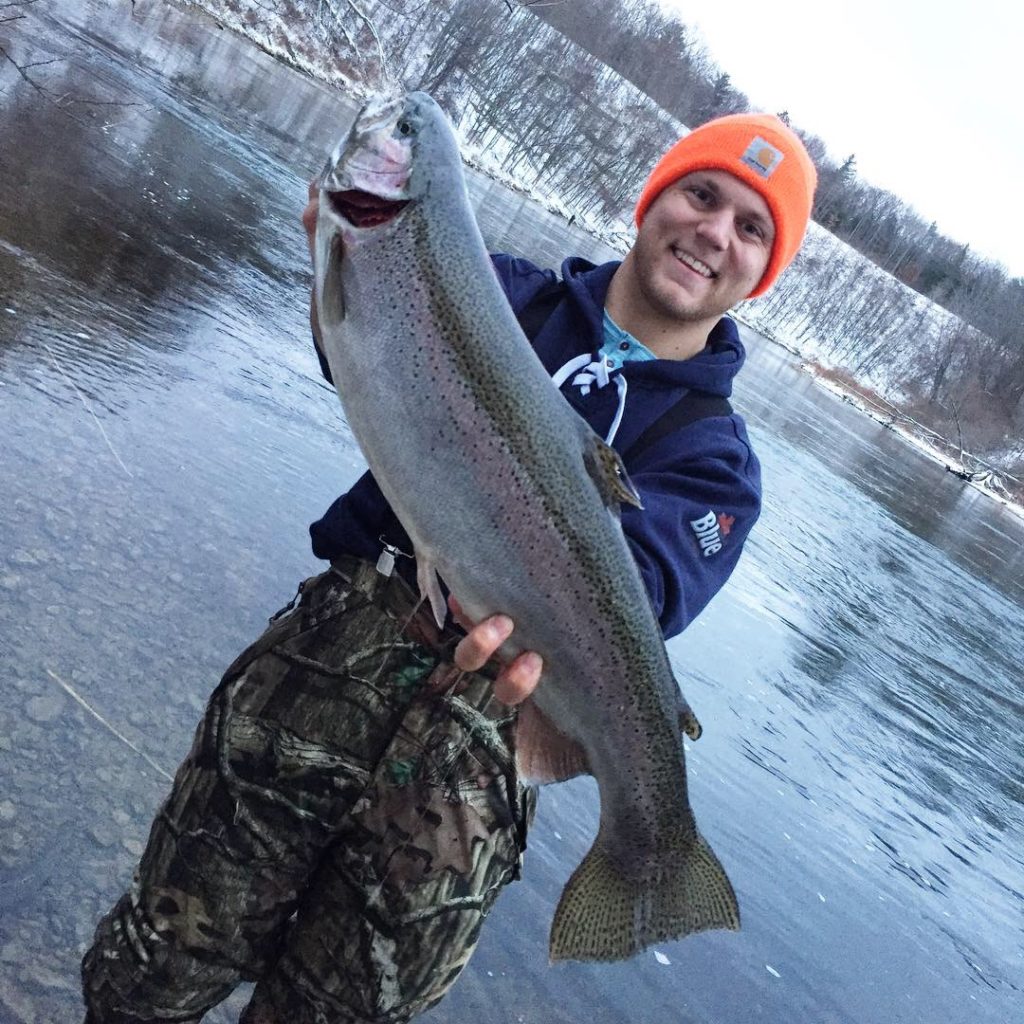 (Levi Rowan with a nice hen)

Beads are fished almost identically to how spawn is fished. The major difference is that instead of a spawn bag, the angler threads their line through the hole of a small bead, ties a hook onto the end of the line, and then pins the bead an inch or two above the hook with a toothpick or silicon pin. This artificial lure comes in many colors and sizes, so it is best to experiment with the presentation.

For anglers in boats, an incredibly effective method to catch steelhead is by pulling plugs. Pulling plugs is a term used to describe the act of what is essentially backwards trolling. Anglers will throw out plugs, such as Hot Shots, behind the boat at the top of a run. The anglers then slowly allow themselves to drift downstream, paddling enough to be moving slower than the current. Pulling plugs is most effective when using more than one rod. 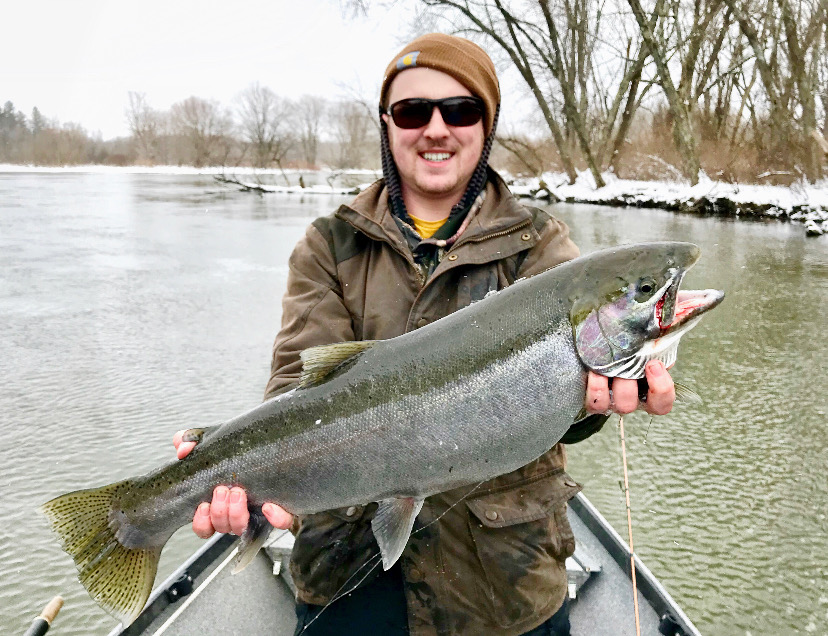 For anglers new to the fall steelhead run, it is a good idea to spend money to book a guide. The area has plenty of excellent guides that consistently put anglers on fish. Having a guide in the boat is a great way to learn the basics of steelhead fishing.