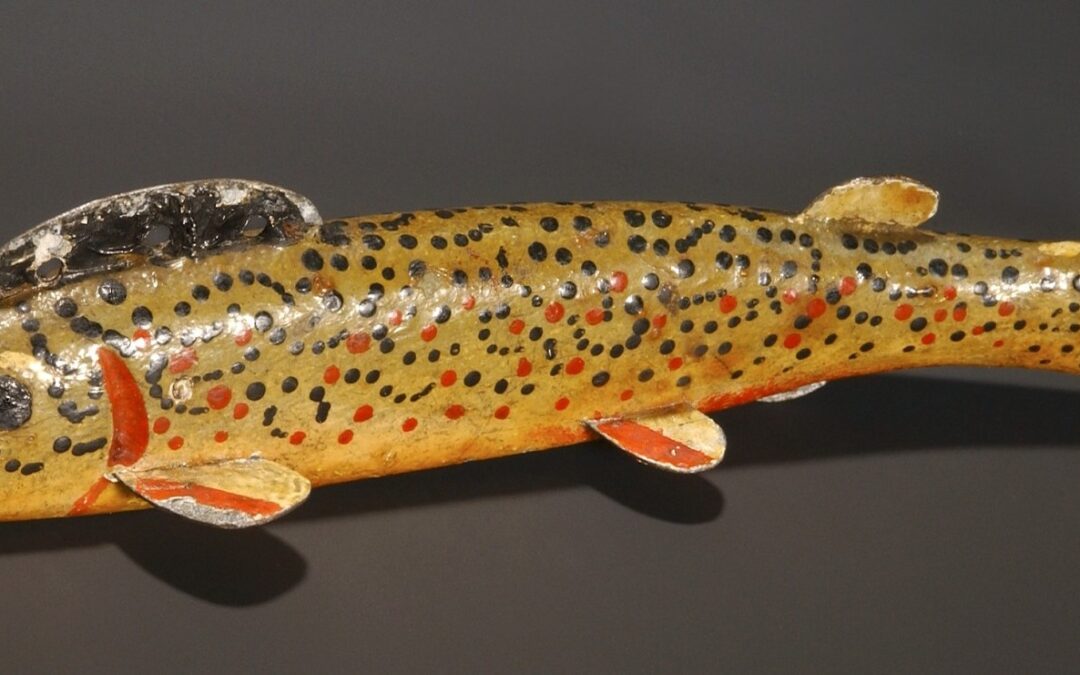 Fish decoy carving has been a unique part of fishing culture for generations and they are still being used today. But did you know the rich history it has right here in Cadillac?

The main purpose of decoys now is for ice fishing/spearing. After a hole is cut in the ice, the decoy is lowered into the water. It moves and spins in the water, attracting a fish. Once the fish is close enough, a spear is thrust down, and the fish is retrieved.

Decoy making has a special history here in Cadillac. It started with a man named Oscar Peterson, who started creating decoys in 1905 as a child. He hand carved and painted his decoys in a unique way that inspired many. After many years he had established his own distinct style, which he developed all on his own and without any formal training – it was known as the ‘Cadillac Style’. He created decoys and other wood keepsakes for over fifty years, and is said to have made more than 15,000 wood carvings in his lifetime.

The title of the style is also meant to allude to the qualities the style possesses; the quality of the craftsmanship, the carefully detailed paintings and the characteristic curves on the decoy itself. These are meant to help easily distinguish his style from others. The Cadillac Style decoys are also known to be brightly colored and somewhat abstractly shaped, meant to attract real fish. 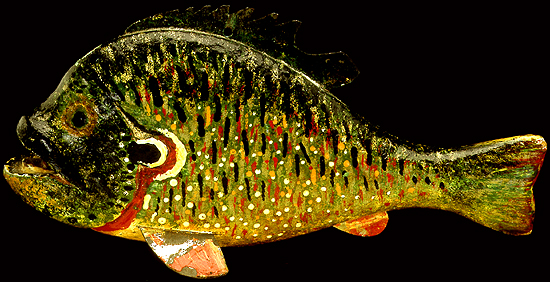 This style is not just locally used in Cadillac, Michigan, it has been used and talked about all over the world! Many people were amazed by his work, and sought to copy and build upon it. He is one of the most well known and widely copied decoy carvers in history. In fact the Smithsonian American Art Museum has a special article dedicated to Oscar Peterson’s work. You can find more articles about him and his work online.

Only about 10% of his decoys are said to still exist in the world now, and are highly sought after. They are sold in auctions for thousands of dollars. The largest decoy he ever carved was put up for auction, and the estimated bid price was $40,000-$60,000. It ended up selling for $66,000.

Al Nelson, a long-time Cadillac resident, was able to see first hand as a young boy the techniques and woodworking skills of Oscar Peterson. He and his siblings grew up honing their skills and he is always eager to share the history of this special art form. He enjoys to teach Oscar’s style of carving to others and keeps the tradition going. He spends time carving decoys with his friends each Wednesday all year long. You may see them down near the City Park sanding away.

Learn More About Fishing In Cadillac

The next time you go fishing or use a decoy, remember the amazing history of it all and how it continues on right here in Cadillac. 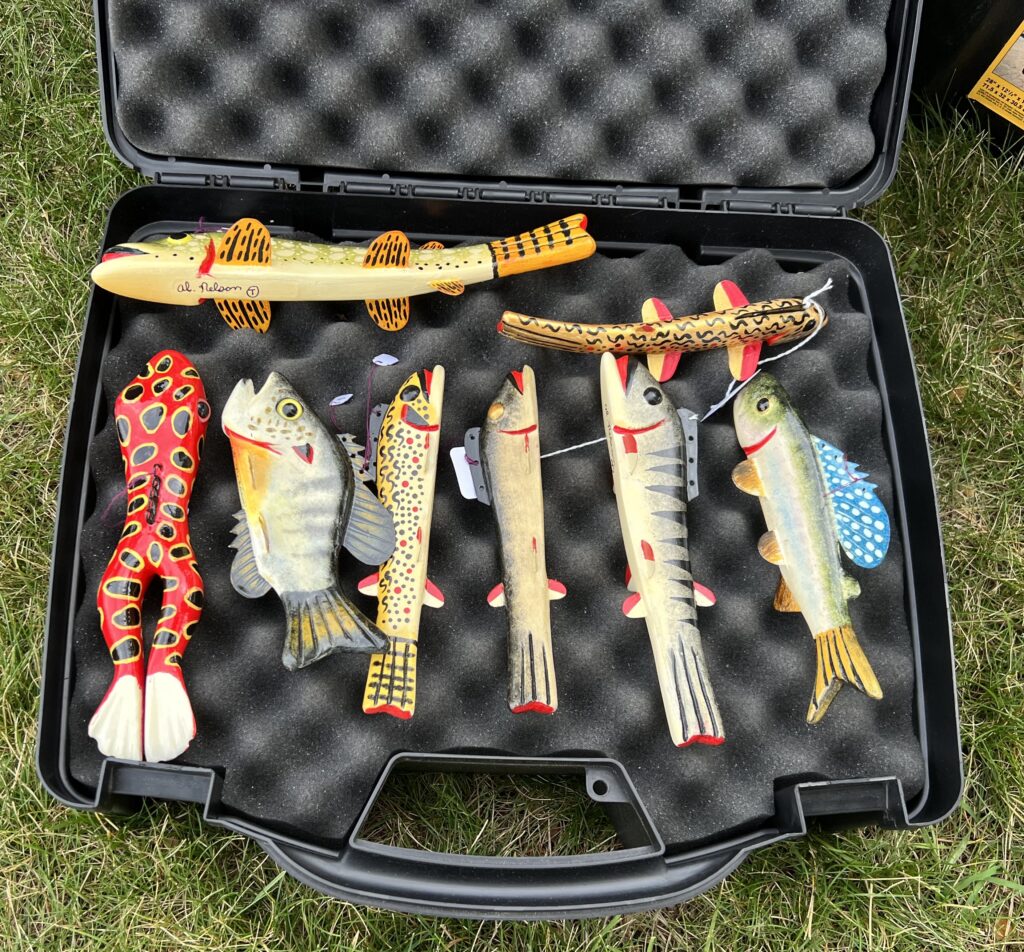