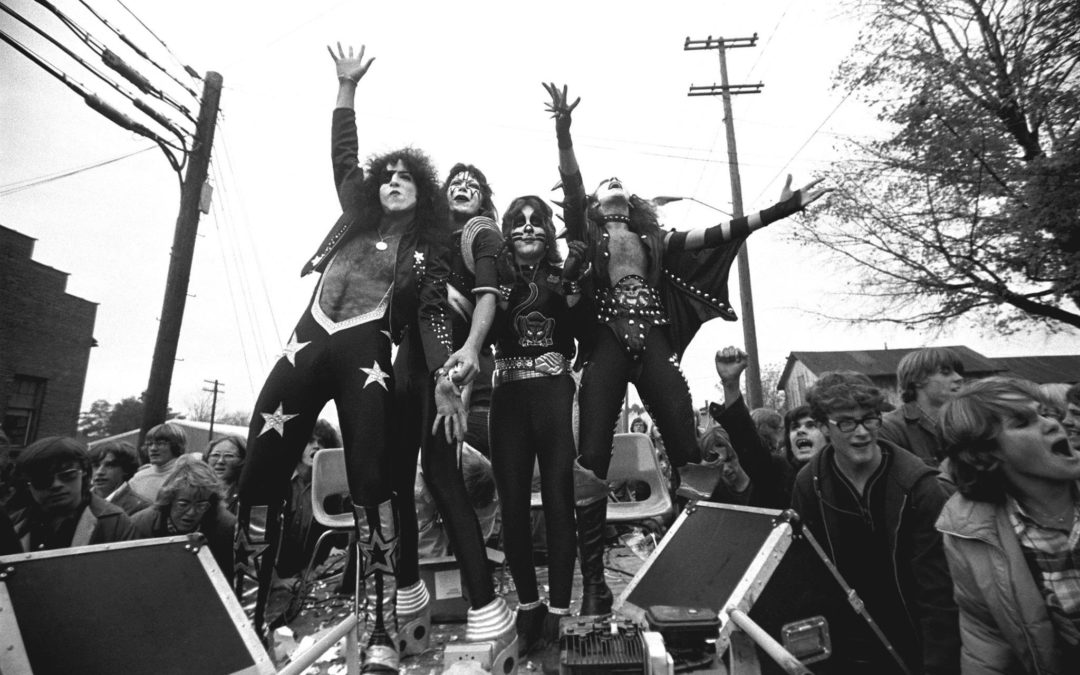 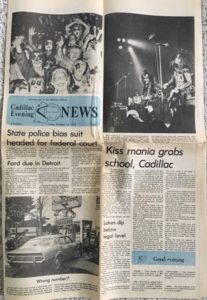 In 1975, KISS was an outrageous band from New York City on the cusp of what would later become superstardom. On the other end of the spectrum was the small northern Michigan town of Cadillac. How they came together to celebrate the Cadillac High School homecoming has been called one of the greatest stories in the history of rock and roll.

This now legendary saga has been chronicled in newspapers, magazines, book chapters, videos, television specials and social media. Still, the story only exists in these bits and pieces and has never been told in one spot from beginning to end and beyond. Until now.

Jim Neff organized the KISS visit to Cadillac in 1975. He says: “I’m launching the Cadillac KISStory Project. I want to assemble the entire tale. It’s time to create the full story as told first-hand by the people who made everything happen and the students, faculty, parents and Cadillac citizens  who experienced those incredible few days.”

Neff continues: “We are coming up on the 45th anniversary of Cadillac KISS in 2020. If anything, the story is more popular now than ever before. Right now, KISS is on their End of the Road Tour. At the Grand Rapids, MI concert in March, the band recognized Cadillac with a shout out and featured a dozen Cadillac photos projected on a giant video screen above the stage. Clearly, Cadillac is considered a major part of KISS lore.” 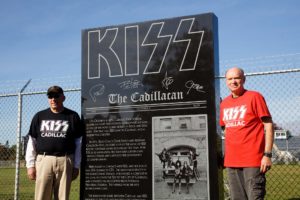 In 2015 Cadillac unveiled the only KISS Monument in the world. KISS fans from all over the country come to Cadillac to see the Monument and to experience a KISStory Tour walk. The Cadillac KISStory Project will enhance that experience.

“I want to assemble an archive of  personal stories and photos from students, parents, teachers, Cadillac citizens and KISS fans. I am interested in every nook and cranny of Cadillac KISStory. If it relates to Cadillac KISS, I want it. I’ve been telling my story for 45 years and now it’s time for my story to become our story.”

More information is on Neff’s personal Cadillac KISS website. There, the project is explained in detail and formats for submitting stories and photos are available. Also on the site are Cadillac KISS related videos, articles from around the world, photos and features. Go to: www.neffcadillackiss.com.