Explore 131 North Campaign Off to a Strong Start 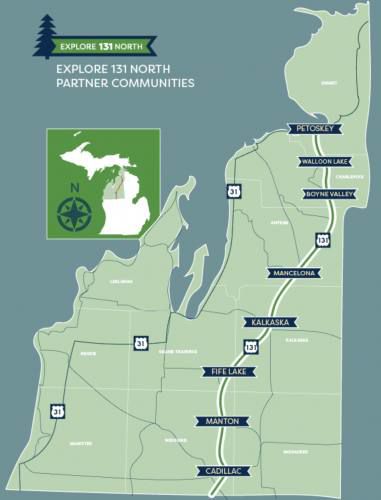 First, the tourists. Next, the investors.

Economic development along the U.S. 131 corridor between Cadillac and Petoskey starts with a tourism campaign.

In January of 2019, the communities along U.S. 131 contracted with Bit Social Media in Cadillac to create and run the “digital tourism hub‘ that connects would-be travelers to eight towns along 90 miles of the highway (Cadillac, Manton, Fife Lake, Kalkaska, Mancelona, Boyne Valley, Walloon Lake and Petoskey). Dubbed “Explore 131 North,‘ the campaign’s focus on tourists is just stage one.

“People are more receptive to that, usually,‘ said Lindsey Westdorp, co-owner of Bit Social Media. But the long-term plan is to get those tourists thinking about making a longer-term commitment to the area, by purchasing second homes, expanding businesses or building new businesses in this part of Northern Michigan. 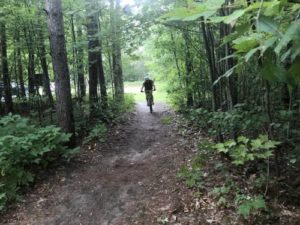 “It all starts with a visit,‘ said Joy VanDrie, executive director of the Cadillac Area Visitors Bureau, which is one of just two visitors bureaus (Petoskey is the other one) participating in the campaign. “Hopefully we can get people exploring those areas a little bit more and increase their economies along the way.‘

The towns between the campaign’s southern and northern points do not have their own visitors bureaus. But they do share many things in common; chief among them are robust trail systems, lakes and rivers.

“They have lots of shared resources,‘ Westdorp said. “There’s a lot of commonality, things that could be marketed.‘This summer, the campaign launched online with a website and Facebook page. In the five months since the launch, the Facebook page has over 5,000 fans. “In a very short amount of time, we’ve been able to make quite a bit of progress,‘ Westdorp told the Cadillac News.

While the website ( explore131north.org) and Facebook page are the digital home of the campaign, there are more tangible campaign materials. People who visit the website can request a postcard and decal (600 have been mailed out); and in about three months, “Explore 131 North‘ billboards may go up along the highway south of Reed City.

The digital campaign launched in late July and early August, but the legwork into the campaign started about four years ago, after an economic development study of the area. “They’ve been working back and forth … identifying the need along the corridor and coming to a common ground,‘ VanDrie said. “It really came together as a regional collaborative.‘

The initial response to the campaign has been encouraging, according to Westdorp, who hopes to have 15,000 Facebook fans for the campaign by the end of Summer 2020. It’s still too early to know for sure if it’s working — five months is a short timespan to see a significant jump, Westdorp said. But the answers will come.

“By this time next year, I’d be willing to bet you see lots of stakeholders that can show you some kind of proof that this is working,‘ Westdorp said.