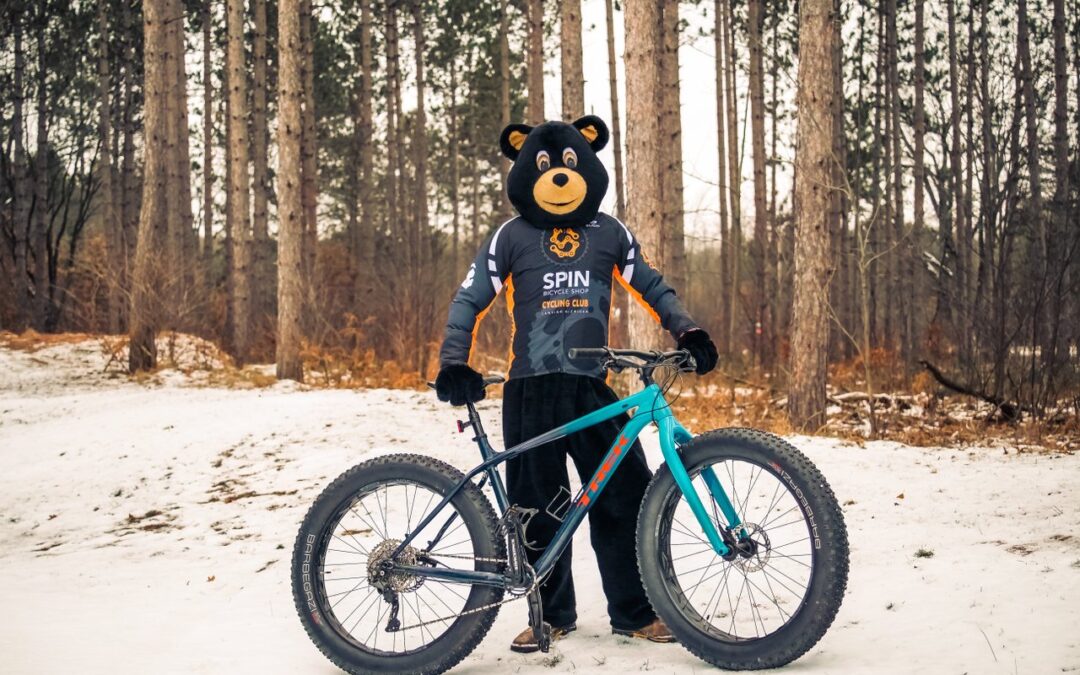 Cadillac has been chosen as the final stop on the annual Short’s Brewing Fat Bike Series race trail, and registration is officially open.

The series begins in Boyne City on Jan. 14, before moving over to Crystal Mountain Resort in Thompsonville (Jan. 28), then Traverse City for the North American Vasa (Feb. 11), followed by the first of the “Dog Man Challenge” races in Charlevoix (Feb. 18).

Cadillac will host its own race on Feb. 25, dubbed the “Fatty Caddy,” in conclusion of both the Short’s Brewing series and the “Dog Man Challenge.” Racers can choose one of two pre-mapped trails on the Cadillac Pathway: the 21-mile “De La Moth” and the 10-mile “Cobbs+Mitchell.”

Fatty Caddy organizers Raymond Passchier and Joe Cantwell were biking together in the Grand Rapids area last winter when they decided to combine their expertise and start a fat bike race in Cadillac.

Passchier had come into town before to test out the Cadillac Pathway’s trails system and thought it would be a prime location for fat bike racing. Knowing that Cantwell was well-versed in race directing, he brought his friend on board as a partner to help execute Fatty Caddy for the Short’s series.

Although Cadillac is known as an all-season recreation town, a snow-laden wood may not seem conducive for any kind of biking, but Passchier said winter is actually the best time to ride fat tire. He added that Cadillac’s chilly, northern climate, tightly- groomed trails and weekend tourism appeal make for great racing conditions.

Cantwell said he and Passchier were also encouraged to bring a fat bike race to Cadillac because of the local support for winter sports.

Cantwell has directed and participated in several downstate races, where the majority of bikers are traveling in from the major cities of surrounding states. His expectation for Fatty Caddy is that it will be bolstered by the many locals who are already dedicated to sustaining area recreation.

“So the fact that there is so much local support for fat biking without the people traveling up here already, I think it makes sense to have one up here,” he said.

Interested bikers are not required to participate in the full Short’s Brewing Fat Bike schedule to race the Fatty Caddy, but if they do register with the series, they get double points for completing the path. There are plenty of competitive racers who will put up a fight to gain the most points, Cantwell said, but the Fatty Caddy trails are also designed to be accessible to casual riders who are just looking to have fun.

The pathway has been chosen as the closing location for the Short’s Brewing Fat Bike Series, and will host a fat tire race on Feb. 25 at 10 a.m.

Passchier and Cantwell have partnered with the Cadillac Area Visitors Bureau to spread the word about the race and coordinate local sponsorship. Through their collaboration, Cadillac’s mascot, Caddy Bear, has been incorporated into Fatty Caddy branding and promotions.