Tips From the Tee – Evergreen

by Nate Houk | Golfing, Tips from the Tee | 0 comments 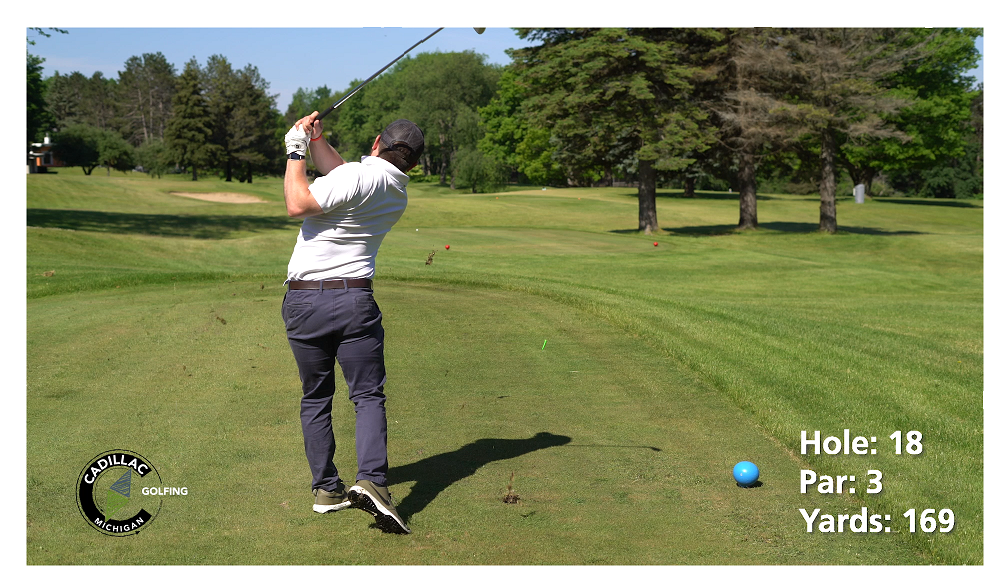 Evergreen was designed in 1959 by Jerry Matthews. Jerry followed in his father’s, Bruce Matthews, footsteps by designing golf courses as a lifelong career. Jerry has 81-course designs under his belt, with only three not being in the Mitten State. His best-ranked work features Michigan Golf Magazine’s number 3 rated golf course, Timberstone. Matthews is a highly-praised designer in the golf world, and Evergreen’s 27-holes are a great testament to Matthews work.

Evergreen’s proximity to downtown is a great benefit for those looking to make a quick trip and get some quality golf in with friends and family. Just 2 miles south of downtown Cadillac sits this beautiful course.

Nate and Dawson have played both Evergreen’s Spruce and Norway courses but can always use some more direction when it comes to Spruce’s signature hole number 18. Number 18 appears to be a pretty straight forward hole, from the back tees it’s only 169 yards and a par 3. The tees sit a little higher than the green in elevation and from the tees, it seems the only obstacle is the bunker on the front right of the green.

A standard golfer would grab their 165-170 yard club and give the ball a whack directly in line with the hole. Kyle Ryder, the club professional, explained to the boys why that may not be the best approach. The 18th hole is likely either the 9th or even 18th hole golfers play, so fatigue is normally setting in. Also, the elevation difference can confuse golfers into thinking the hole plays shorter than it really is. Kyle’s suggestion of clubbing up (if you would normally hit your 7-iron 170, use your 6-iron), is not only to adjust to the fatigue but also to ensure you will not end up short. 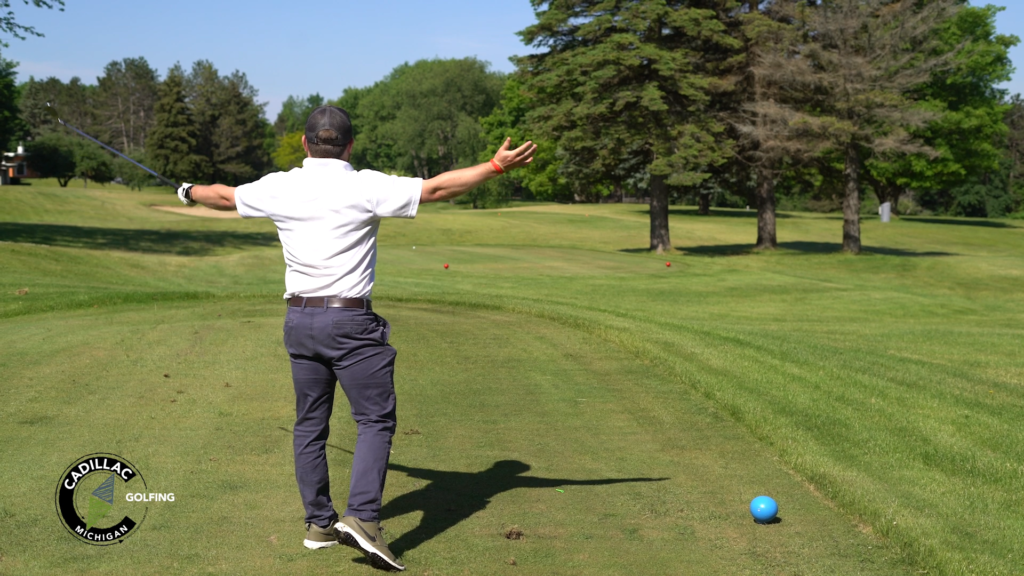 Dawson’s second shot left him with a tricky shot over the trees. With lob wedge in hand, he managed to finesse his way over the tree and landed the ball softly on the green, and after a favorable roll ended up pin-low with a 10ish-foot par putt.

Nate’s birdie putt was not easy by any means. He was uphill with a 3 cup left to right slope. He struck the ball well, but a slightly misjudged read resulted in the ball lipping out. He knocked in for a matter of fact par.

Dawson had to knock down his par putt to keep things even. After reading the putt from both behind the ball and behind the hole, he had his line. He set up 2.5 cups left of the cup and hit it perfectly. Boom, he drained it! Par’s all around. 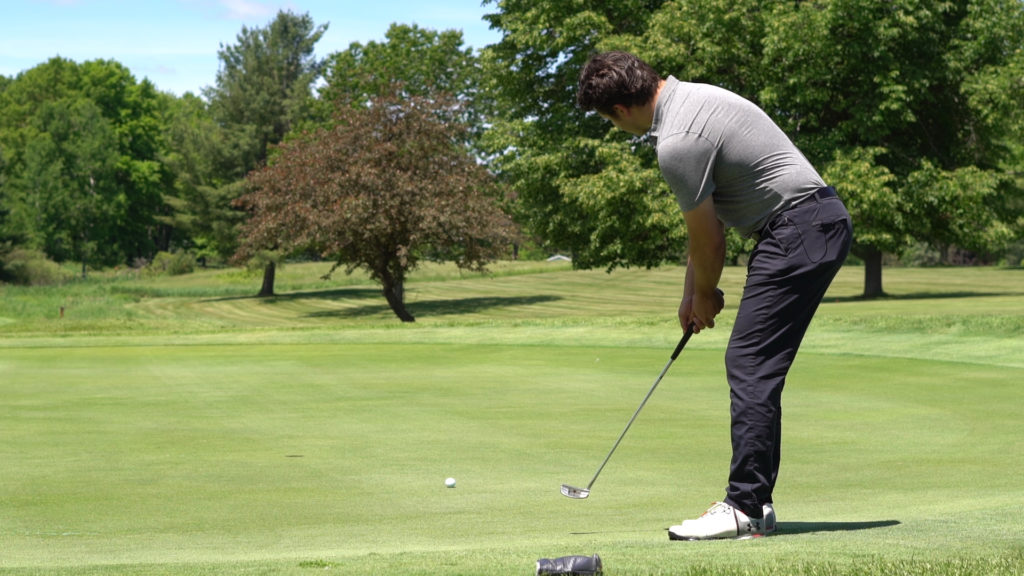 Evergreen has a lot of exciting offers for this summer and fall. They offer a 9 & Dine Special where players can play nine holes of golf and eat lunch on Monday, Tuesday, Thursday and Fridays from 10:00-2:00 P.M. Kyle also teaches lessons for $40/hour or $25/half hour. Leagues are played weekly and affordable memberships are available. Memberships include many resort perks as well, including year-round pool use, unlimited driving range, 4 complimentary guest golf passes, discounts in the bar and grill, merchandise, hotel, and many other benefits. 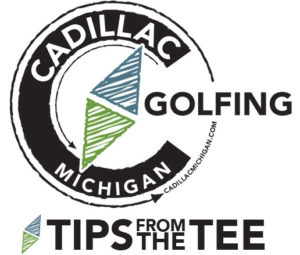