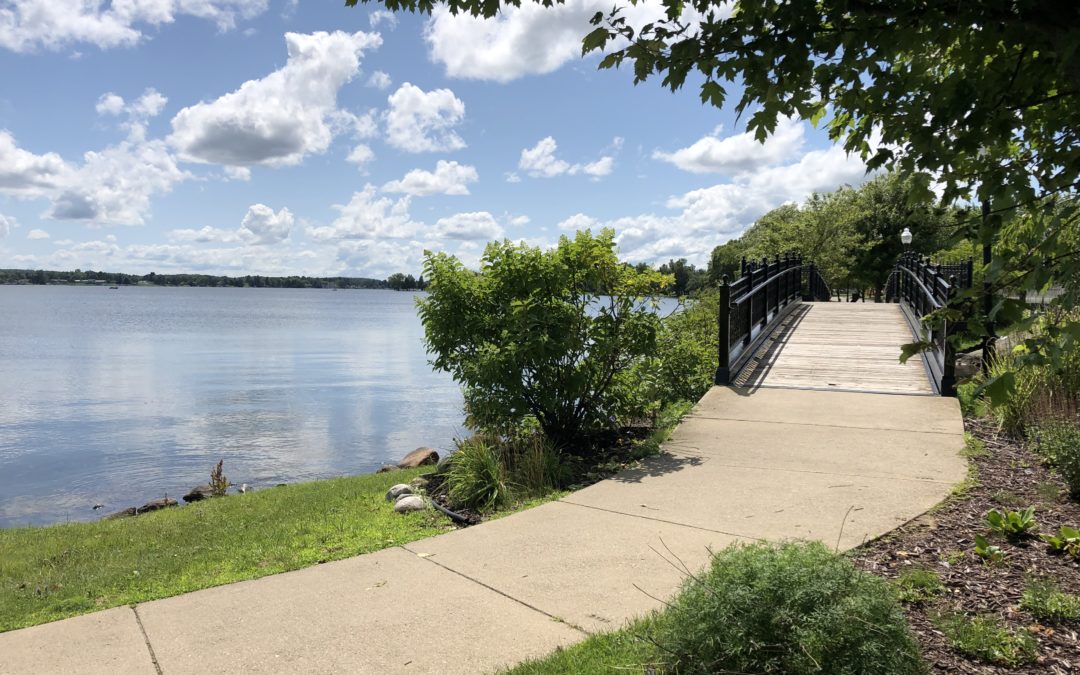 The Keith McKellop Walkway is a 1.5-mile concrete trail that boasts gorgeous views of Lake Cadillac. The east shoreline walkway is four feet wide and consists of concrete. According to the Environmental Protection Agency (EPA), “NHAPS respondents reported spending an average of 87% of their time in enclosed buildings and about 6% of their time in enclosed vehicles.” (for a total of 93% of your life indoors. Leaving only 7% of your life outdoors.) That is an astounding amount of time spent indoors. Get outside and enjoy some nature and get some exercise simultaneously at the Keith McKellop Walkway!

This is a walkway, meaning that motorized vehicles, bikes, and other modes are not permitted. Walking, jogging, strolling and inline skating are all welcomed activities.

How To Get There 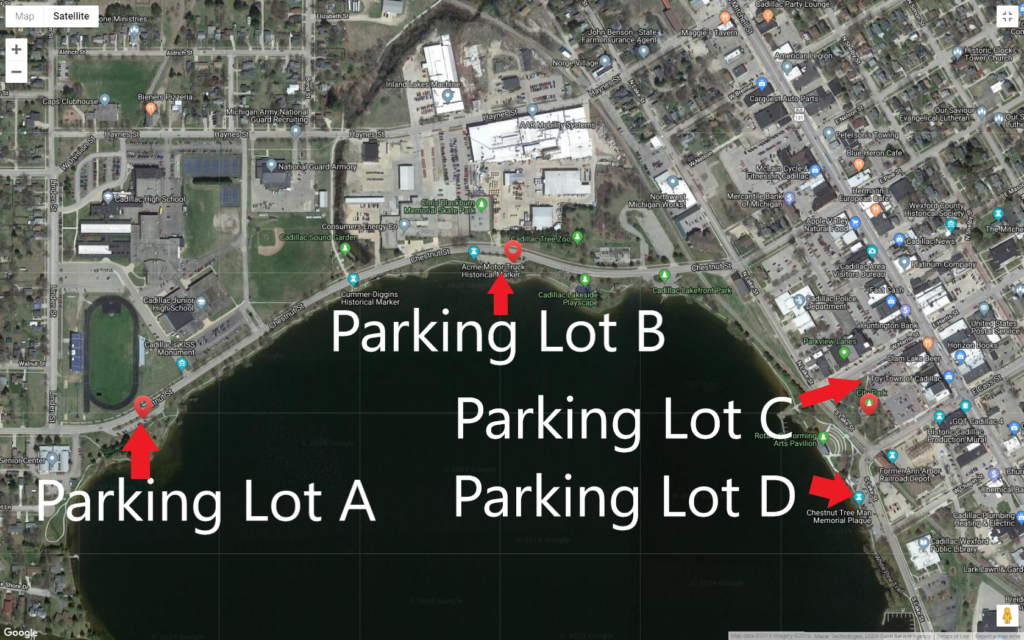 There are multiple parking lots that access the Keith McKellop Walkway. The walkway is not a loop, but thanks to its length it can be treated as one by just walking one way and turning around once you reach the end.

Parking lot A is the westernmost lot out of the 4. It is directly across Chestnut Street from the Veterans Memorial Stadium, or Cadillac High School’s football field. The lot features 18 spots and 2 handicap spots.

Parking lot B is right in the middle of the walkway. If shortening the walkway is your goal this would be a good lot to utilize, as the walker could just walk to one end and back, and keep the hike within a mile or so. The lot is also on Chestnut Street, directly across the street from the Chris Blackburn Memorial Skate Park, just east of Consumers Power, and near the Cadillac Lakeside Playscape. The lot has 30+ spaces and 2 handicap spaces.

Lot C is smack dab in the middle of the Cadillac Commons. See what’s going at the Cadillac Commons at https://cadillacmichigan.com/venue/city-park-cadillac-commons/. The parking lot is split by an area with an amazing fireplace and a splash pad in the summer and ice rink in the winter. It is between W. Harris St. and E. Cass St. The lot has 100+ spaces and 8 handicap spaces. The lot is about a ⅛ mile away from the park. Visitors can walk through the City Park, past see the fountain, on their way to the walkway. (201 N. Cass Street, Cadillac, MI 49601) 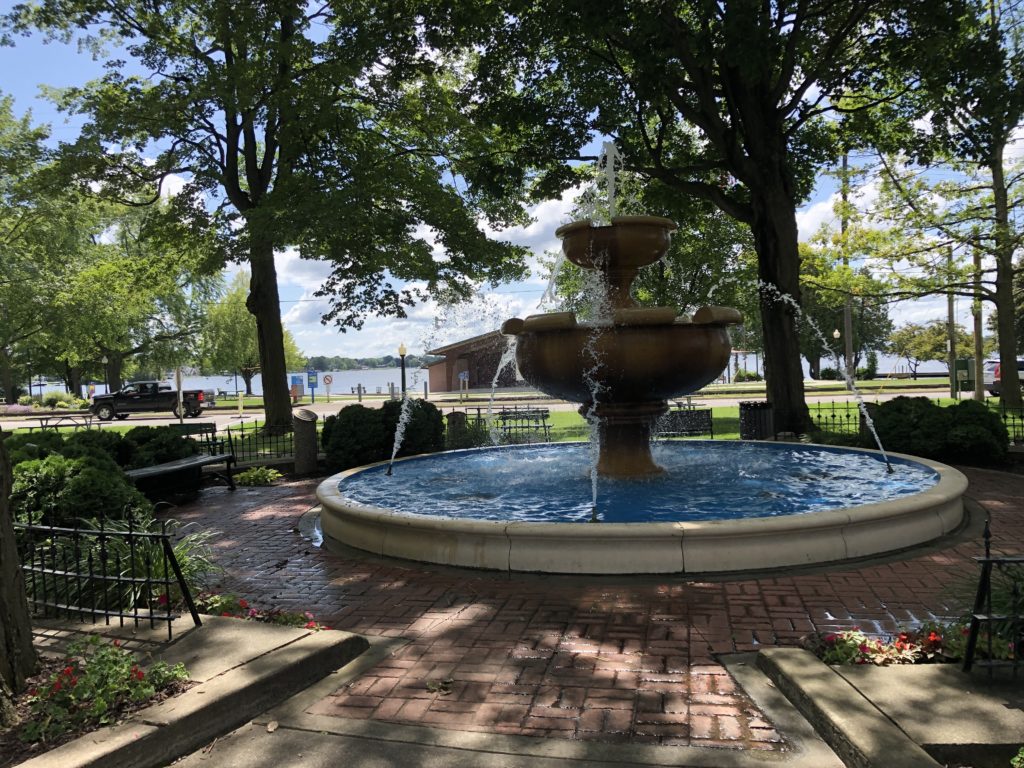 Parking lot D is at the east end of the Keith McKellop Walkway.  It has 40+ spaces and 3 handicap spaces.  This lot is just southeast fo the Rotary Performing Arts Pavilion and has a modern restroom.  The After 26 Depot restaurant is across Lake Street.

What Else to Know

All parking lots belong to the City of Cadillac and are free to the public. The lots are all concrete and in good condition.

After 26 Depot is a great place to stop to or from your walk on the Keith McKellop Walkway. A unique restaurant that includes adults with developmental disabilities on their staff.  In Michigan, at the age of 26, adults with developmental disabilities and cognitive impairment can no longer attend public schools, they age out of the system. In 2007, After 26 Depot set out to open a restaurant to help fill that void and provide jobs in the greater Cadillac community. The restaurant serves delicious breakfast and lunch and supports a plethora of adults that don’t have many other places to turn to for a job. After 26 Depot is one of many dinning and shopping establishments that is adjacent to the Cadillac Commons area.

Now that you’ve either parked or walked from a different trail, what’s to expect? The walkway is 4 foot wide and paved throughout its entirety. There are some bumpy spots where the concrete has risen due to tree roots or other naturistic impacts. Overall, the trail is quite smooth. There is next to zero elevation change minus the one boardwalk bridge that is to be crossed to cross over where the Clam River enters Lake Cadillac. The gaps between sidewalk and bridge are minimal and the incline/decline is not too steep. Gaps between boards on the bridge are small and tires should roll over them easily (wheelchair tires, remember bikes are not allowed).  Leashed pets are welcome!  Please remember to pick up after them. 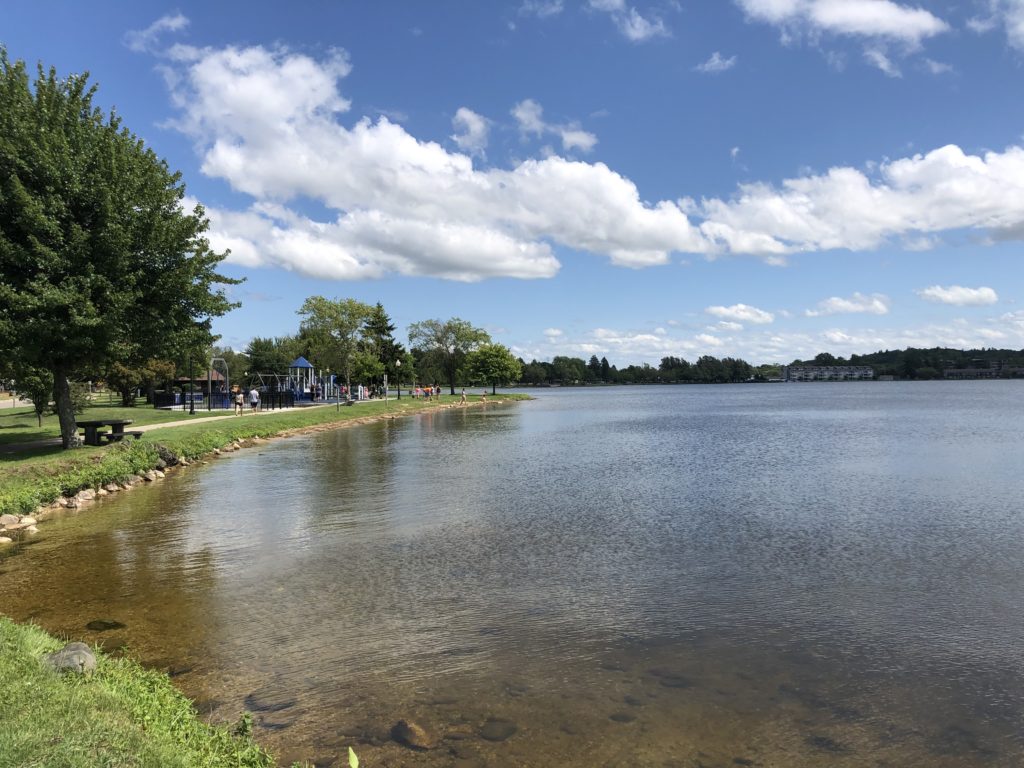 Next to the Keith McKellop Walkway, there is a playground named the Cadillac Lakeside Playscape, or the “Blue Playground” by locals. There are swings, monkey bars, slides, and other playground features. One special feature of this particular playground is a wheelchair swing. The handicap swing has a lockable door with a ramp into the swing, all within an enclosed space. There are benches along the walkway for people to relax and enjoy the view.  Two restrooms with water fountains are located here as well. 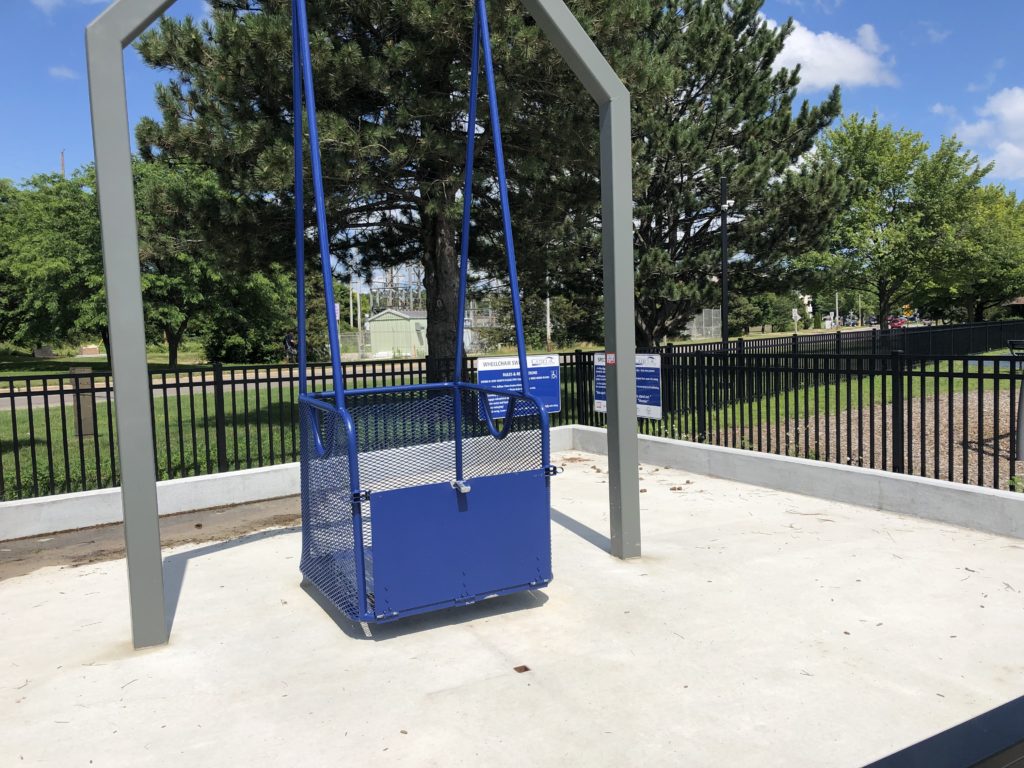 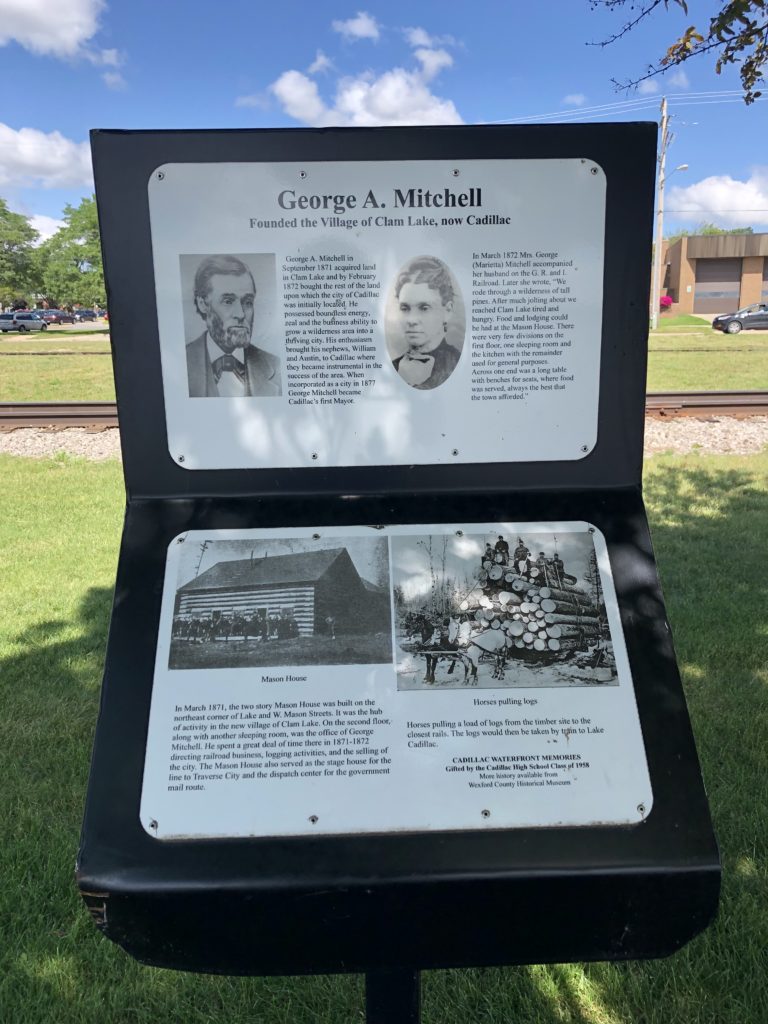